Golden Minerals Company is led by our senior executives under the direction of the board of directors. Our directors are highly experienced in areas including mining, project management, exploration, law, accounting, and public and private finance, thereby ensuring a wide variety of skills, perspectives and viewpoints are an integral part of the company’s critical decision making. 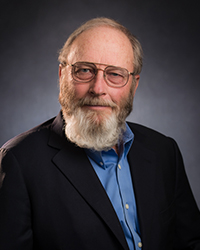 Mr. Clevenger has served as Chairman of our board since 2009. He also served as our President and Chief Executive Officer from 2009 until 2015. He has over 40 years of experience in the mining industry, with roles including senior level, technical and management positions at companies including Cyprus Amax Minerals Company, Cyprus Copper Company and Phelps Dodge Corporation. Mr. Clevenger is a member of the American Institute of Mining, Metallurgical and Petroleum Engineers and the Metallurgical Society of America. Mr. Clevenger holds a Bachelor of Science degree in Mining Engineering with Honors from the New Mexico Institute of Mining and Technology and is a graduate of the Advanced International Senior Management Program of Harvard University. 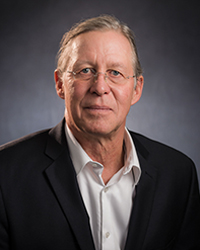 Mr. Rehn was appointed President of Golden Minerals Company in May 2015 and appointed Chief Executive Officer and Director in September 2015. Mr. Rehn previously served as Senior Vice President, Exploration and Chief Geologist since December 2012 and Vice President, Exploration and Chief Geologist since February 2012. From 2007 until February 2012, Mr. Rehn held various positions at Barrick Gold Exploration, Inc., most recently as Chief Exploration Geologist for the Bald Mountain and Ruby Hill mining units. Mr. Rehn was a consulting geologist for Gerson Lehman Group, which provides consulting services to various industries including geology and mining, from 2005 until 2007, and also provided consulting services for Barrick in 2006 and 2007. Mr. Rehn served as a Consulting Senior Geologist at Placer Dome Exploration, Inc. in 2004 and as an independent consulting geologist throughout the Americas from 1994 until 2003. He held previous roles including Senior Geologist at Noranda Exploration, Inc. and Project Geologist and Senior Geologist for Gold Fields Mining Corp. Mr. Rehn holds a Master of Science degree in Geology from the Colorado School of Mines and a Bachelor of Science degree in Geological Engineering from the University of Idaho. 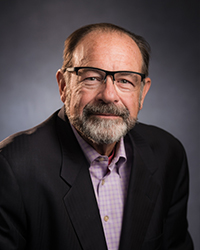 Mr. Eppler has served as a director of our company since March 2009. Mr. Eppler has over 40 years of experience in the natural resources industry and has served since June 2016 as a Managing Director of Headwaters MB, a private investment banking institution. Prior to joining Headwaters MB, Mr. Eppler was founder and partner of Sierra Partners, LLC, a private investment and advisory firm. Mr. Eppler has held multiple senior level roles at mining companies including Coal International Plc and Newmont Mining Corporation. Prior to joining Newmont, Mr. Eppler served as the Managing Director, Metals & Mining for Chemical Securities, Inc., a subsidiary of Chemical Bank (now JPMorgan Chase). He currently serves on the boards of directors of Vista Gold Corporation and Plata Latina Minerals Corporation. Mr. Eppler is a member of the Society of Mining Engineers of A.I.M.E. and a member of the Global Leadership Council, College of Business, Colorado State University. Mr. Eppler holds a Master of Science degree in Mineral Economics from the Colorado School of Mines and a Bachelor of Arts degree in Geography & Religion from Middlebury College. 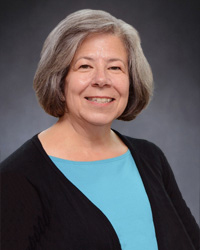 Ms. Friedman has served as a director of our company since December 2021. She is a retired partner currently serving as senior of counsel at Davis Graham and Stubbs, LLP (“DGS”), a law firm based in Denver, Colorado, where her practice has focused primarily on corporate finance, securities, corporate governance, and domestic and international mergers and acquisitions matters for both publicly traded and privately held companies, with specific expertise in the mining industry. She previously served as senior vice president, general counsel and corporate secretary for Golden Minerals between 2009 and 2015 under an arrangement whereby she split her time between Golden Minerals and DGS. From 2007 to 2009 Ms. Friedman served as senior vice president, general counsel and corporate secretary of Apex Silver Mines Limited, predecessor to Golden Minerals. Prior to DGS she spent 16 years working in varied positions in the legal departments of Cyprus Amax Minerals Company and AMAX Gold Inc. She has served on the board of directors of Vista Gold (NYSE American: VGZ and TSX: VGZ) since March 2019. Ms. Friedman has received numerous accolades and recognition for her work, including being featured in the International Who’s Who of Mining Lawyers by Law Business Research Ltd., and The Best Lawyers in America©. Ms. Friedman holds a Bachelor of Arts Degree in History from the University of Illinois and a Juris Doctor Degree from the University of Michigan Law School. 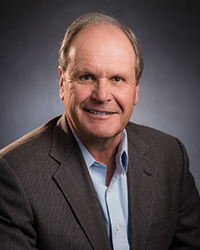 Mr. Morano has served as a director of our company since March 2009 and has over 35 years of experience in the mining industry. Mr. Morano has been Managing Principal of KEM Capital LLC, a private equity investment company and provider of management advisory services, since March 2007. Mr. Morano held various senior executive roles during a 21-year career at global copper mining company ASARCO Incorporated, including President and Chief Operating Officer, Executive Vice President and Chief Financial Officer. Other roles included Chief Financial Officer and subsequently Senior Vice President for Marketing and Business Development at Lumenis Ltd., and Chief Financial Officer of Exide Technologies. He currently serves as a director of Bear Creek Mining Company. Mr. Morano holds a Master of Business Administration degree from Rider University and a Bachelor of Science degree in Finance from Drexel University. 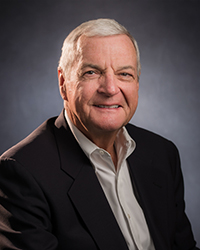 Mr. Palmer has served as a director of our company since March 2009. He has over 40 years of financial, management and accounting experience with a particular focus on the mining industry. Between 2003 and 2016, Mr. Palmer was a principal with and then served part-time at the CPA firm of Marrs, Sevier & Company LLC. Previously, he spent 36 years at Ernst & Young LLP where he rose from a staff position to partner and was responsible for both audit and advisory services to major international mining companies, as well as serving as the technical consulting partner for SEC-related business. He is a certified public accountant (retired) and a member of the American Institute and Colorado Society of Certified Public Accountants. Mr. Palmer holds a Master of Business Administration degree from the University of Denver and a Bachelor of Science degree in Business Administration from Drake University. 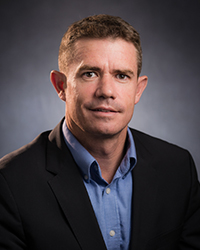 Mr. Pullar has served as a director of our company since July 2013. Mr. Pullar is the Managing Partner and director of Sentient Equity Partners, an independent private equity investment firm specializing in the global resources industry. Sentient, through the Sentient executive funds, is our largest stockholder holding approximately 45% of our outstanding common stock. Prior to founding Sentient Equity Partners in 2017, Mr. Pullar was Chief Executive Officer of The Sentient Group, which he joined in 2009. From 2004 to 2009, Mr. Pullar worked as a portfolio manager for Baker Steel Capital Managers in London and Sydney. Prior to this, Mr. Pullar was a senior metals and mining analyst at AME Mineral Economics in Sydney, worked as a mining engineering consultant for Behre Dolbear in London and Sydney, and served in various mining engineering and production positions at De Beers and Gold Fields in South Africa. Mr. Pullar is currently a director of ECI Exploration and Mining Inc. and Brazil Potash Corp. and holds various directorship positions on funds of The Sentient Group.  Mr. Pullar previously served as a director of Pershimco Resources Inc. Mr. Pullar holds a degree in Mining Engineering from the University of the Witwatersrand, a South African Mine Managers Certificate and the U.K. Society of Investment Professionals Investment Manager Certificate. He is also a member of the Australasian Institute of Mining and Metallurgy. 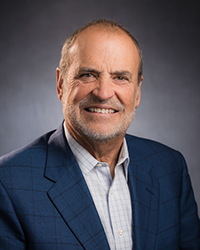 Mr. Watkins has served as a director of our company since March 2009. He has over 45 years of experience in the mining industry, working as a senior executive with major mining companies as well as junior exploration and development companies. From 2011 to 2016, Mr. Watkins served as Chairman of Atna Resources Ltd., a company engaged in the exploration, development and production of gold properties. Mr. Watkins also served Atna as both Executive Chairman and Chief Executive Officer between 2000 and 2011. From 1993 to 1999, Mr. Watkins served as Senior Vice President, Exploration of Cyprus Amax Minerals Company, a producer of commodities including copper, gold, molybdenum, lithium and coal. Prior to Cyprus Amax, Mr. Watkins served as President of Minova Inc., a producer of precious metals and base metals from mining operations in Canada. Mr. Watkins currently serves on the boards of directors of a number of companies, including Euro Resources S.A. and Commander Resources Ltd.  Mr. Watkins previously served on the boards of Rio Novo Gold Inc., Camino Minerals Corporation, Valley High Ventures, Maudore Minerals Ltd., Canplatts Inc., Bearing Resources and Landdrill International Inc. Mr. Watkins holds a B.A. in Geology from Queen’s University at Kingston, and an M.S. in Geology from Carleton University, Ottawa, and is a graduate of the Executive Business Program of the University of Western Ontario. Mr. Watkins is a member of the Canadian Institute of Mining and Metallurgy, Geological Association of Canada, Geological Society of Nevada and Prospectors and Developers Association of Canada.

About Us
Management
Board of Directors
Corporate Governance
Community Relations